If you need an encoder that can measure very small distances, which of the following is most important to you?

Here's a hint: in the everyday world, those terms might seem like they mean the same thing, but in the world of encoders, accuracy or precision won't help you solve this problem nearly as much as resolution will. Understanding resolution, accuracy and precision—their differences and the separate encoder characteristics they define—will clear up any confusion and help you select the best encoder for your application.

Why the misunderstanding? Accuracy and precision are often used informally in the everyday world, as if they mean the same thing. Someone might say that measuring to the nearest sixteenth of an inch is more accurate (or precise) than measuring to a quarter of an inch, for example.

In the world of encoders, however, accuracy and precision have nothing to do with how small or fine the level of detail measured. That, instead, is a function of resolution.

In the following sections we'll define each of these terms, and then finish with an example that ties everything together. We will focus on incremental encoders and, more specifically, optical encoders as they are the most popular.

Resolution is stated in Cycles Per Revolution (CPR) for rotary encoders, or in Lines Per Inch (LPI) or Cycles Per Inch (CPI) for linear encoders. These terms are used for all encoder types—optical, magnetic or capacitive.

You can use higher resolution to measure very small distances, but that's not always necessary. At faster RPMs, information may be delivered too quickly for the encoder to process. A lower resolution encoder may be a better choice in that case. You may find that in your application low or medium resolution encoders are perfectly adequate.

To determine the resolution you need, first calculate the smallest increment you must measure. That will determine your minimum resolution. You can increase your resolution from there to a number that might work better for your data acquisition system, or maybe to a stock resolution. Just keep in mind the advice in the previous paragraph—make sure the resolution will work in your application. For more details, see our white paper on resolution, accuracy and precision of encoders.

Accuracy is a term used to describe the difference between target position and actual position. Encoder accuracy is specified in degrees, arcminutes or arcseconds.

Within the encoder itself, accuracy can be affected by several variables.

External to the encoder, other mechanical parts of the application affect system accuracy. Gear backlash, leadscrews, shaft and bearing play can add up and have much more of an effect than the encoder's accuracy contribution.

Precision is a term that describes repeatability. It's the amount that successive measurements at the same location differ from each other. If an encoder is off by 2 degrees at a particular position, but it is always off by the same 2 degrees at that location, then the encoder has good precision.

Most encoders are reasonably accurate and precise. Of the three terms we've discussed, people are usually most concerned with resolution, then accuracy, and finally precision. Encoders provide the resolution, with the number of lines on their optical components (disk and sensor); accuracy is related to alignments in the mechanical system that affect the encoder; and precision can be a product of either—or probably both. Josh from Tech Support says that issues about precision rarely come up when people call.

PUTTING IT ALL TOGETHER

Notice from the definitions that resolution, accuracy and precision each refer to different encoder characteristics. Surprisingly, the terms are not related to each other—in daily life we often interchange them, but when it comes to encoders, they are independent.

To illustrate the relationship—or rather, the non-relationship—of these terms let's look at the sport of baseball.

In baseball, a pitcher throws the ball past the batter to a catcher. An umpire observes the flight of the ball. If the ball passes through the strike zone and the batter doesn't swing, the umpire will call it a strike. 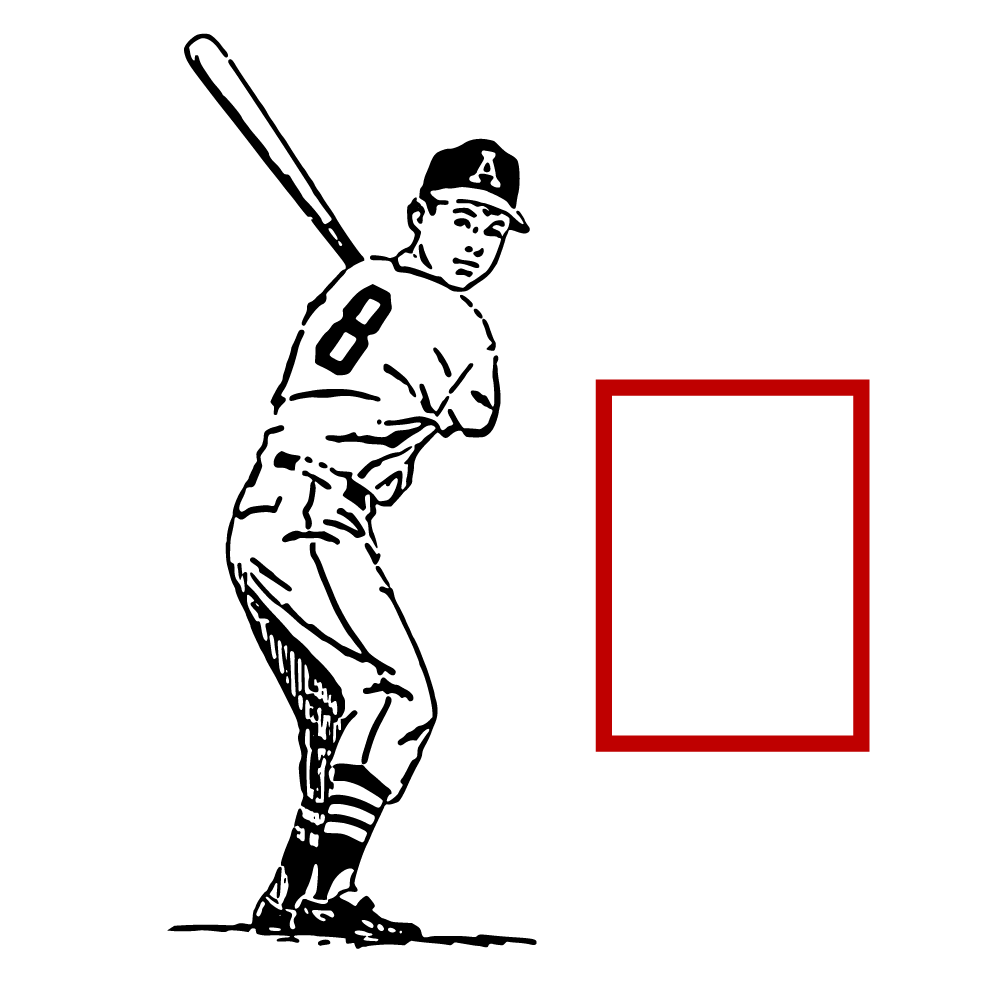 The entire strike zone has a resolution of 1. Pitches are either in the strike zone, or out.

The strike zone is as wide as home plate - 17 inches. It extends from just below the batter's knees to mid-chest level, a distance of about 2 feet. (It varies based on the batter's height and stance.)

Using encoder terminology, we could say that the entire strike zone has a resolution of 1 CPR. The ball is either in the strike zone, or out.

However, we often need finer resolution than 1 CPR. 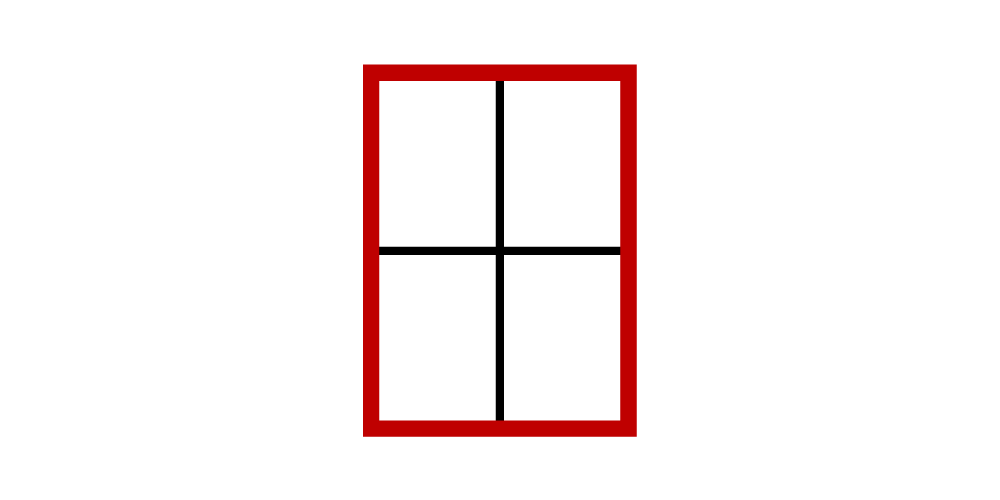 Dividing the strike zone into high/low and left/right sections. Smaller divisions equal higher resolution—in this case, a resolution of 4.

Analysts like to note where the ball hit or missed, so sometimes they divide the strike zone into smaller sections: left or right for talking about pitches that are inside (close to the batter) or outside (away from the batter); or high and low. In encoder terms: a resolution of 4 CPR.

We can keep going. A strike might be “Right down the middle.” This could require a strike zone with a resolution of 9.

We can subdivide even further, to whatever resolution we wish. Notice that accuracy has not yet come into the picture.

WHAT IS A PITCHER’S ACCURACY?

In encoder terms, a pitcher's accuracy would be a measure of the distance between the target position and the actual position of the pitch.

The target is the catcher's glove. Pitches on the left, though in or near the strike zone, are not accurate—they missed the target. The pitch on the right is very accurate.

It is true that a pitch anywhere in the strike zone would be considered a strike. But if the batter has trouble hitting the ball when it's in the bottom right side of the strike zone, the catcher might put his glove there to give the pitcher a target. If the pitch hits the target of the catcher's glove, we would say the pitch is very accurate. If the catcher has to move his glove to catch the pitch, that would be an inaccurate pitch as the ball didn't hit the target location.

Earlier, we said that precision defines repeatability. In baseball, like in encoders, precision is not related to accuracy; it measures distance between successive pitches, not distance from a target position.

Consider the next drawing, in which two pitchers each throw 4 balls aimed at the exact middle of the strike zone.

The balls from Pitcher A have poor precision. Those from Pitcher B, however, have good precision. They're not accurate—the target was the shaded box in the center—but if they're thrown to a batter who struggles to hit pitches that are low and outside, they may be quite effective. Good precision can be useful with encoders, too.

Notice that we used a strike zone with a resolution of 25 CPR. Did that affect precision? No; resolution and precision—and accuracy—are not related to each other.

In daily life, normal people use resolution, accuracy and precision differently than we do in the encoder world. We hope the descriptions above and the summary below will prove helpful in your understanding of encoders.