What is the difference between incremental and absolute encoders?

It may not sound like a big difference, but it’s night and day if the system has a loss of power.

Once power is restored, an absolute encoder can report exact position without any movement. An incremental encoder will need to find an Index or home position before it can do so – and if it doesn’t have an index, it won’t be able to tell you it’s position at all.

Let’s get into why by talking about how both types of encoders work. 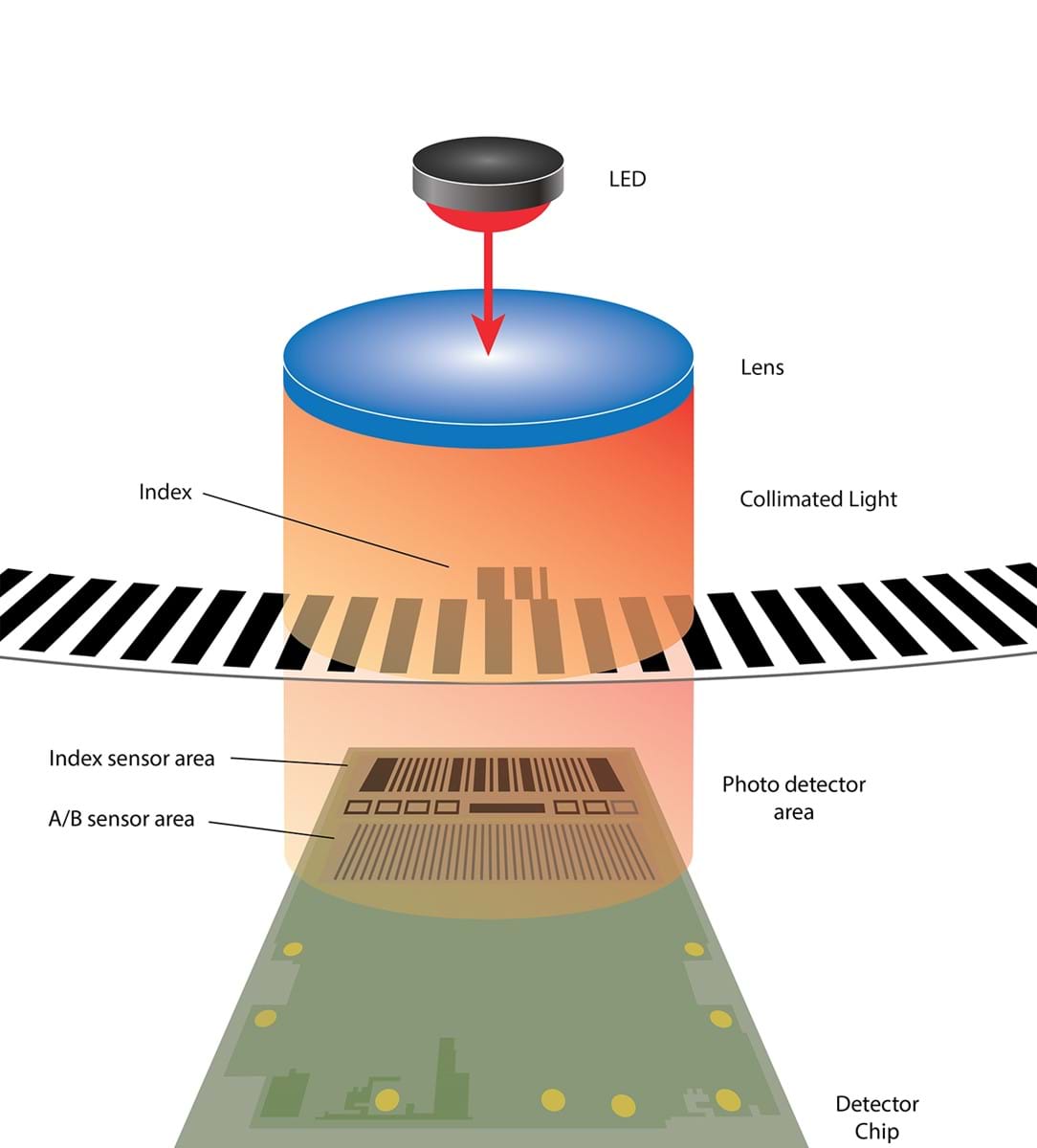 Our incremental encoders have an LED on one side of a transparent disk and a photo detector chip on the other. The disk has a series of lines and windows on it. The windows allow light to be transmitted from the LED to the chip. The lines do not. This alternating pattern of light is how the encoder reports position information back to the mechanical system.

Each set of lines and windows looks identical. Incremental encoders can determine relative shaft position based on the number of windows and lines that pass in front of the detector chip. If power is lost and then restored, that relative position is lost.

In some applications - for instance when using an encoder to determine speed, distance or direction of movement - this may be perfectly fine.

In other applications an exact position is needed.

The only way for an incremental encoder to report its exact position after it’s been power cycled is for the shaft to rotate until the encoder reaches Index (if it has one).

If you’re designing a system where it’s critical that you know the exact shaft position, including after power to the encoder has been cycled, you should consider an absolute encoder.

Absolute optical encoders use an LED array, optical disk and photo sensors, like an incremental encoder but the disks patterns are slightly different.

Absolute optical encoders can use a series of lines and windows and multiple bands to create a binary pattern that gives a unique position.

Some designs use multiple bands to create a unique pattern at each point on the disk. For instance, using the photo above you can imagine that each position can either have a 1 or a 0, depending on whether the photo sensors detects light from the LEDs. The disks current position would be 1001, which does not occur anywhere else in the shaft rotation. 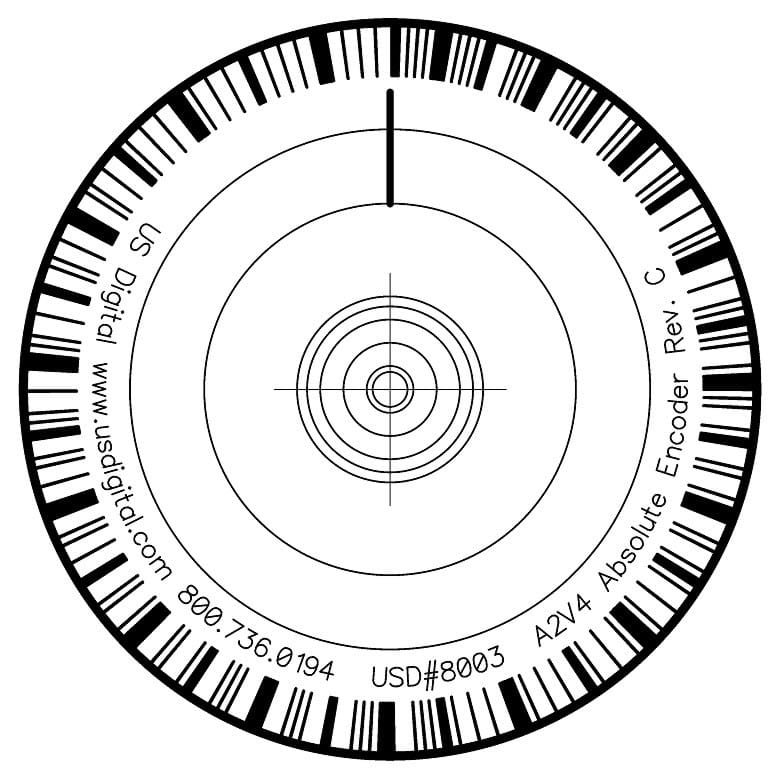 Other designs, like our current optical absolute encoders, use a unique pattern of line spacing and thickness in one band to create absolute position. The design is different but each position on the disk still has a unique pattern that doesn’t occur anywhere else in the rotation, eliminating the need to rotate to find an index position after a power cycle.

For many applications there is no advantage to using an absolute encoder over an incremental one. However, if you are working on a design where rotating to find a home position after a power cycle isn’t ideal or possible, an absolute encoder is the right tool for the job.

For instance, if you are building a robotic arm or other automation project where rotation to find an index could be dangerous to the equipment or people in its environment, choosing an absolute encoder would ensure that you know the exact position at all times.

And hey - if you are looking for an encoder and still have more questions, be sure to check out our latest white paper that helps you find the right encoder for your project. In it we go through resolution, type of motion, CPR vs. PPR and just about everything else you could imagine related to encoder selection.