What's the difference between linear and rotary encoders?

Encoders are critical elements in a motion system because they provide position and/or velocity feedback to the motion controller, enabling the controller to close the positional control loop. The number of applications which require encoders is extensive and the types and sizes of encoders that serve these applications are just as numerous.

Encoders may be categorized in various ways but in this post, we're going to look the difference between linear and rotary encoders.

What is a linear encoder? 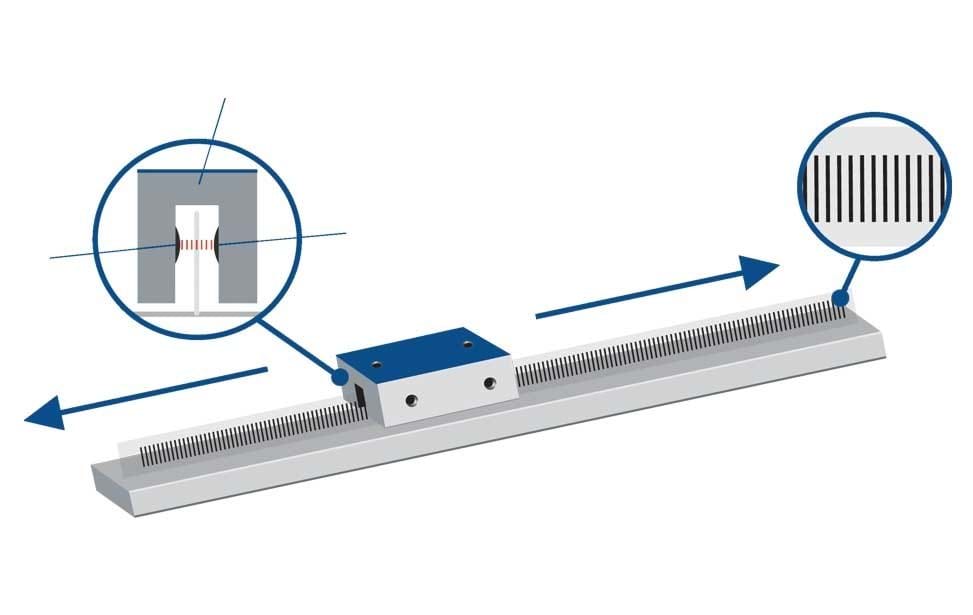 As the name suggests, a linear encoder measures the position or velocity of an object moving in a straight line.

Typical linear applications are the control of linear motors or X-Y tables such as those found on 3D and inkjet printers as well as laser etching and engraving machines. Linear encoders are also commonly found in devices such as metrology instruments including digital calipers.

What is a rotary encoder? A rotary encoder, on the other hand, is used to measure the angle or velocity of rotation of an object. Some typical uses include motor speed control, or the angular control of a movable PV array for solar tracking, or controlling the angular position of a robot arm. 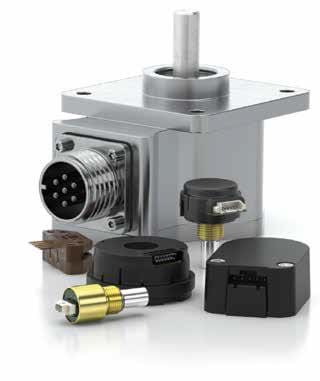 Rotary encoders are available with different physical specifications to serve different working environments. For example, those used in harsh industrial applications must be designed to withstand rugged and extreme working conditions. Extreme temperatures, vibration, dirt and debris are some of the challenges that these encoders have to survive on a daily basis. As a result, industrial encoders tend to be big and solidly built to withstand the tough environment, and typically include some form of IP rating. For less harsh environments, such as those in electronics manufacturing, the emphasis may be on smaller size, lower cost or the ability to take advantage of more configuration options, while not compromising on longevity or high quality.

Bonus: What is an Inclinometer?

Inclinometers, also known as tilt sensors, provide feedback so that the angle of tilt of an object can be calculated with respect to gravity. Typical usages of inclinometers are for concentrated solar power (CSP), industrial equipment, aerial work platforms and dredges.